Newport Lakes is a beautiful hidden bushland setting just over the Westgate Bridge in Newport. Less than 15 minutes from home! Winner!

Newport Lakes boasts two lakes within the 33 hectare park. There are plenty of undulating walking and running tracks and would be a good place for some hill training (as it’s very flat around home). 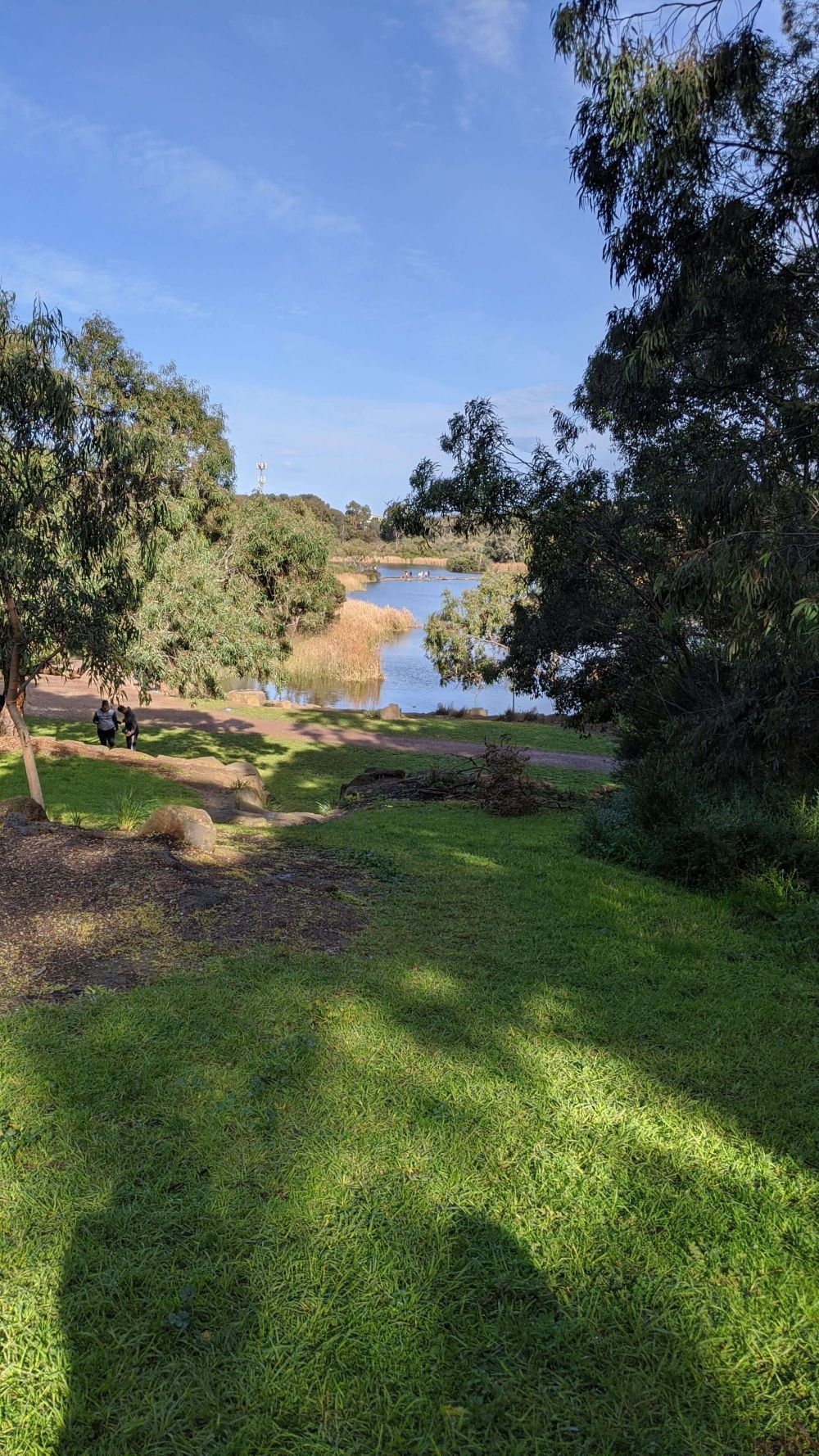 Beautiful bush setting. Plenty of space to run around at Newport Lakes

There is a self-guided nature trail you can follow which allows you to explore the lakes area at your own pace. To be honest, you can take any of the trails in any direction that takes your fancy.

Ned and Olive leading the way down one of the tracks at Newport Lakes.

I was surprised to learn that Newport Lakes was transformed from a bluestone quarry and rubbish tip. It has now been extensively revegetated using native plants. The revegetation is on-going as there are plenty of tubes of small plants which have been recently planted along the boundary ridge.

Newport Lakes would be a great place for a family picnic as there are quite a few different picnic areas plus numerous grassy areas.

The highlight of the walk is the stepping stones section of the lake which separates the North and South lakes. There are plenty of water birds around and also fish (carp I think?) to spot. The stepping stones are large and stable with plenty of room to pass others. It’s not difficult but it adds to the sense of adventure for the kids. 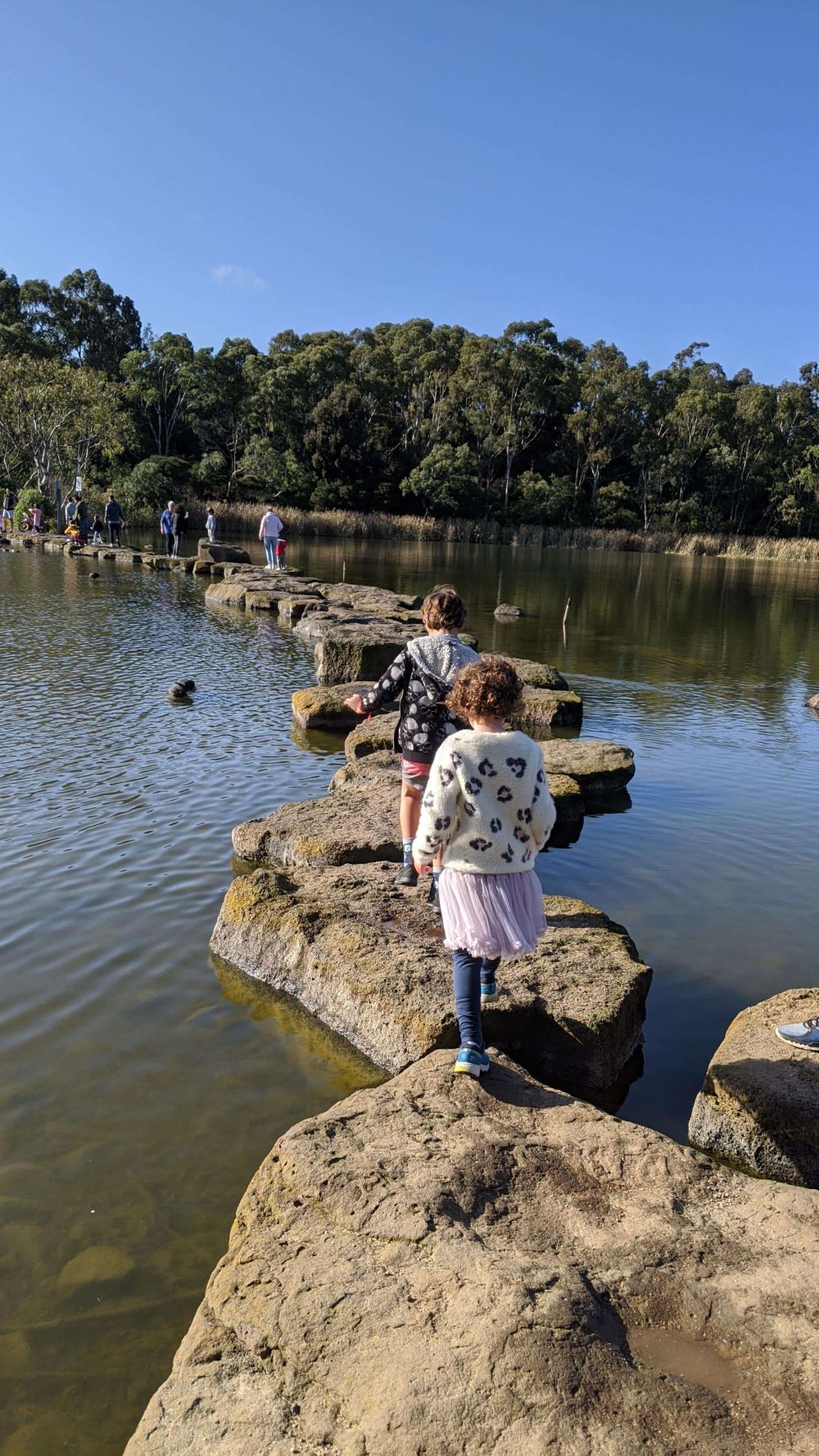 The stepping stones are the highlight of Newport Lakes with kids

Another highlight when walking for Ned and Olive is to find some rocks to scramble up and over. There were a couple of sections along the walk where they were able to do so! 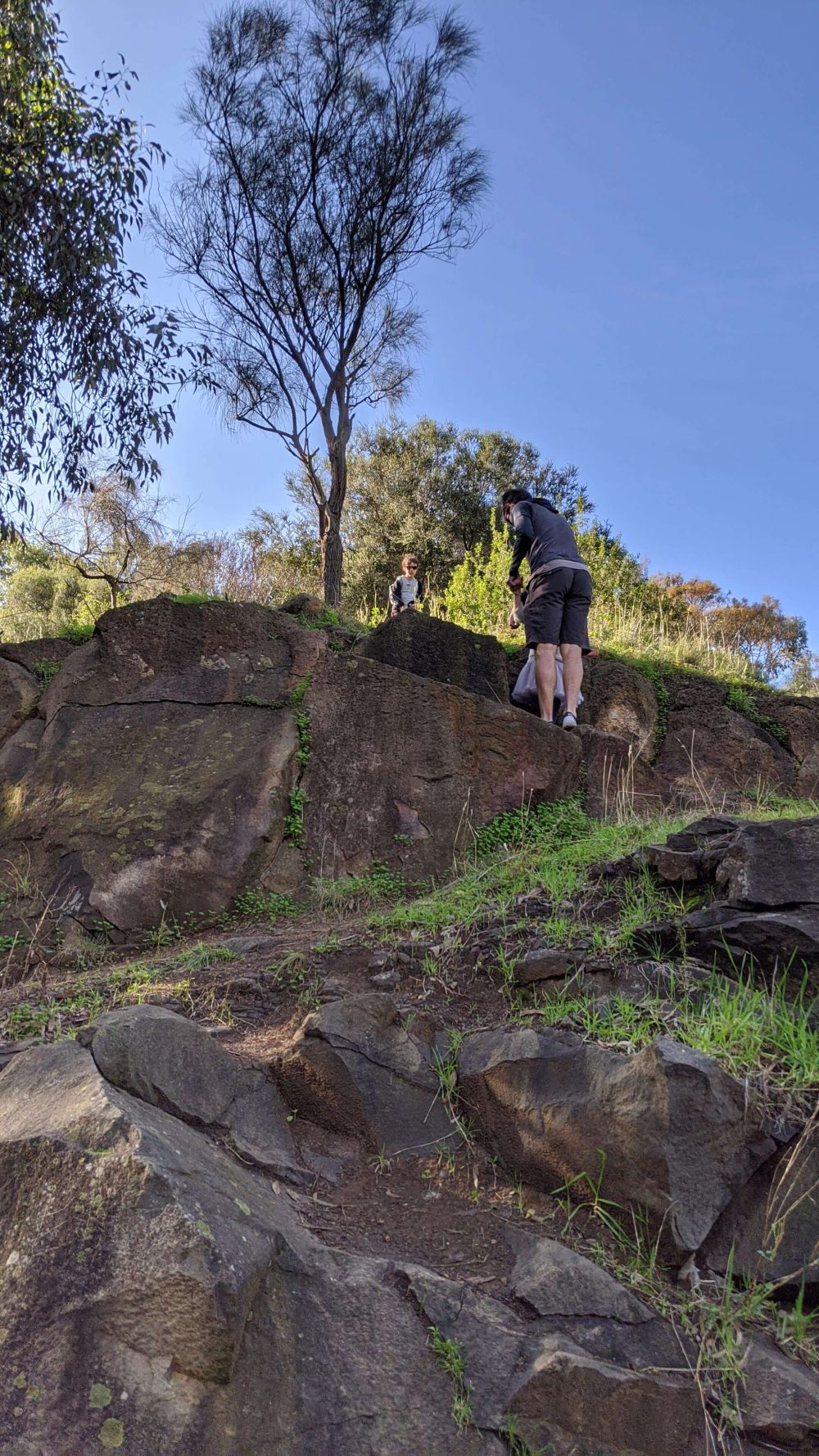 The entrance is off Mason street. You’ll see the signs to the Native Nursery. There is plenty of parking onsite –

Newport Lakes is an easy morning outing for us. We can nip over for an hour or so to feel rejuvenated but if you are coming from further away you could combine a visit with Scienceworks or a stroll around Williamstown.

This little bushland setting is not the same as exploring the You Yangs, Werribee Gorge or Bushrangers Bay. But for something easy and close to home it makes for a quick outing. 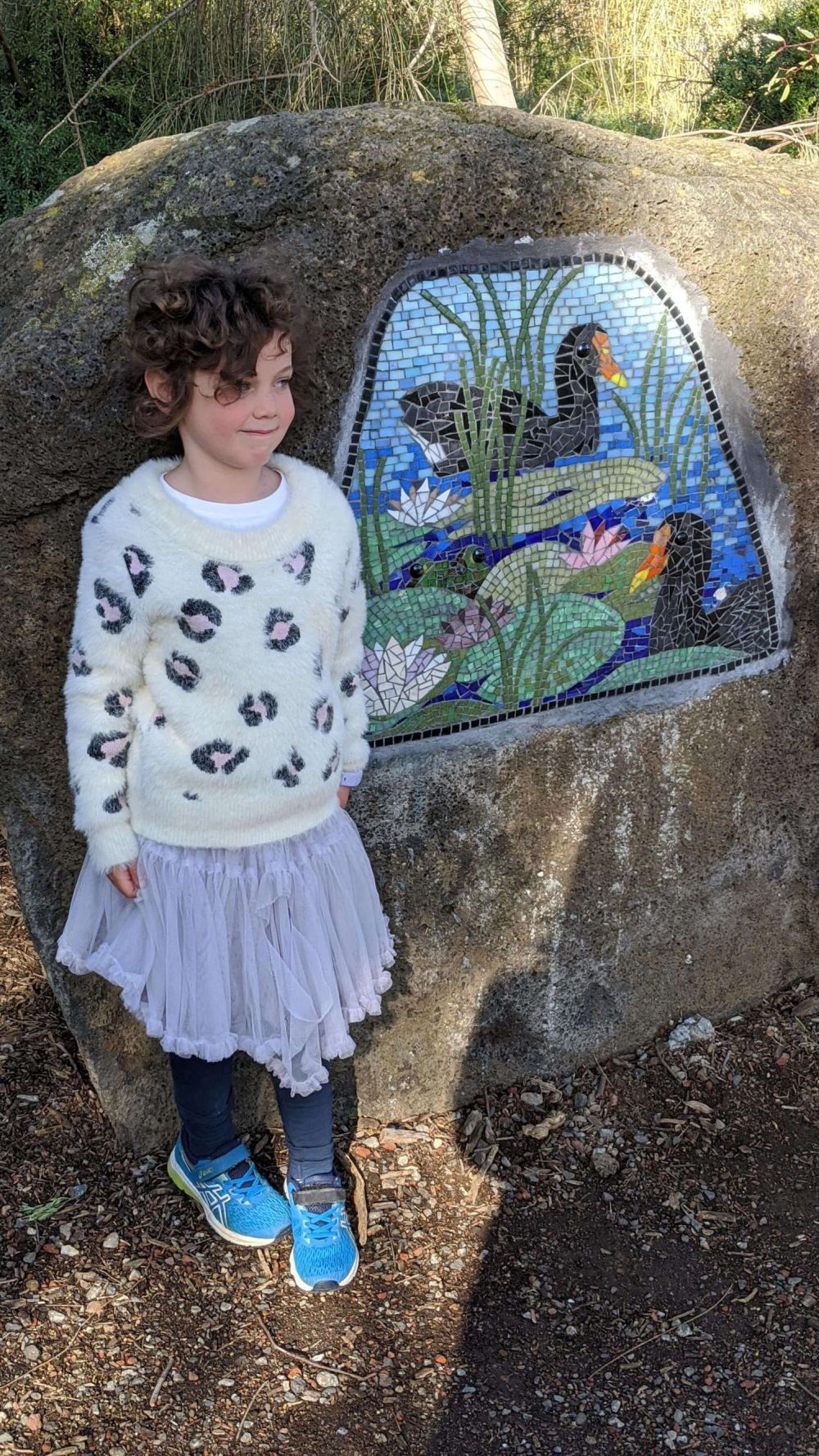 Have you visited Newport Lakes before? Drop me a line and let me know what you thought.

If you would like to keep in touch via email, please sign up here. We don’t send out many emails but it can be nice way to keep in touch. Especially when social media scrolling all gets a bit much x