Ross and I took the kids to see the Hoodoo Gurus at a Melbourne Zoo twilight concert in perfect summer weather in February 2017. It was awesome!

Our introduction to live music was The Lost Lands Festival and now we can’t get enough live music events as a family – we also love the Peninsula Picnic.

The Zoo Twilight concerts are relaxed all ages events perfect for the family and the concerts are held on the lawn area near the ‘bottom’ entrance to the zoo. The gates for the Zoo Twilights open at 5.30pm. You are able to visit the Zoo during the day but you will need to purchase a general admission ticket in addition to your concert ticket (there is also a car parking charge of $2 for 5 hours during the day but it is free after 5pm).

The Zoo closes at 5pm and you are not able to set up for the concert until the gates open at 5.30pm. Meaning, you will need to exit the zoo and line up to come back in where your concert tickets will be scanned.  We decided not to go earlier in the day and arrived at the zoo around 5pm and there were plenty of car parks at this time (but filled up extremely quickly). The entry queue got really long, very quickly, I recommend you either get there at this time or you have awesome friends (like us!) who are able to get there early to get inside and secure a good picnic spot!

Tram – The Tram stops directly outside the Melbourne Zoo. You’ll need to catch tram number 58 from William Street in the city

Bus – There is a bus which runs from Moonee Ponds to Melbourne University and it stops outside the Zoo.

If you are a Melbourne Zoo member (which we are) there is a ‘priority’ queue to get you through the gate quicker (apparently!) – But this did not happen for us! The general admission line went so much faster than us. I was very unimpressed standing in the boiling hot with the kids while the staff at the gate had to view and scan everyone’s Zoo membership ticket to make sure the names matched the tickets (there is a slight discount for the members). As noted on the website security will also be checking bags and esky’s for any alcohol.

As we moved through the gates we headed up the main path and selected a spot on the right hand side (if you are looking at the stage) next to the path near a low picnic bench seat. This meant that nobody was able to sit in front of us. It does get really busy and the staff do try and get you to all get cosy! 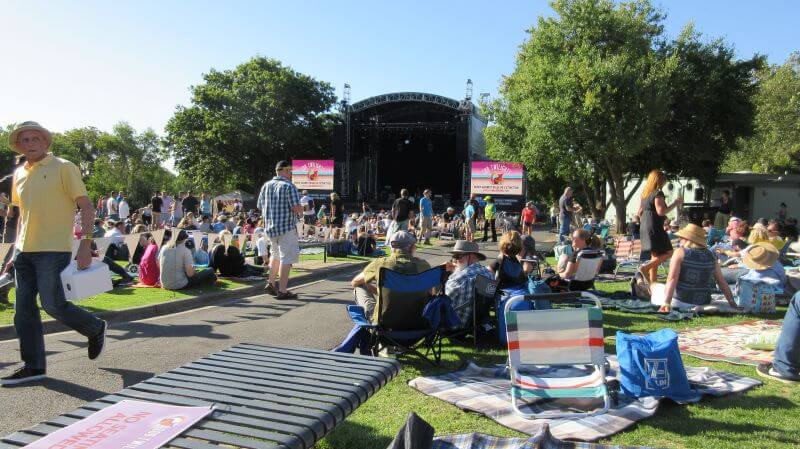 Our perfect view of the stage

Concert goers are encouraged to bring picnic rugs, low camping/beach chairs are allowed but any bigger camping chairs are required to go in a separate section towards the back so as not to interrupt views (the website does state that only low backed chairs will be allowed but for the concert we attended there was a whole section up the back for the bigger style camping chairs as there were so many people with larger chairs). I will be contacting to Zoo to question this before our next concert.

I love the fact that the Melbourne Zoo is smoke free and pass outs are issued if you need to smoke.

The Zoo Twilights is an all weather event so pack according to the weather. Bearing in mind that even over summer the nights do get chilly if you are sitting on a picnic rug. Umbrella’s are not allowed into the zoo.

We thought it was great that you are allowed to bring your own picnic for dinner and snacks and this made it easier with the kids to have food on hand. We did also purchase some sneaky naughty food from the ‘Taste of Twilights’ section where food trucks are set up with a selection of tasty treats. You are able to pre book picnic hampers – there is a classic or vegetarian option and you can upgrade to the premium pack which includes your choice of a bottle of  wine.

No BYO alcohol is allowed into the event as the event is licensed. The queues at the couple of bars were really long – everyone was after a cold drink in the heat.

We had plenty of time so the kids enjoyed an hour or so to view the animals between 6pm and 7pm. I think Ned ran around the whole zoo and saw everything. 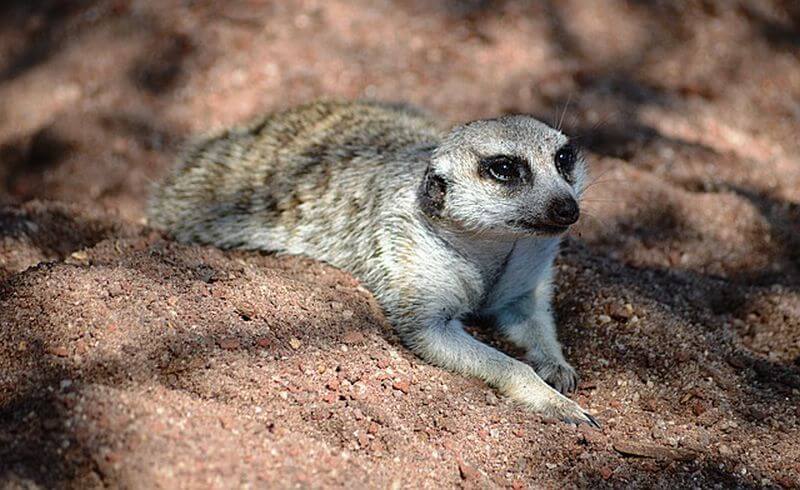 One of my favourites – a Meercat

The Hoodoo Gurus came on around 8pm and were a lot of fun – the crowd was definitely a mixed bunch which was nice. The event finished around 9.30 and Miss Olive fell asleep in my arms (right next to the noisy stage) around 9.15pm. There was a ‘dancing’ area at the front of the stage which was packed and the crowd stretched out onto the path. The staff were trying to control the crowd and move everyone off the path but no one was causing any issues, everyone just wanted to be closer to the stage and have a boogie! We did forget to pack the kids ear muffs which is a must for outdoor music concerts as it is very loud! 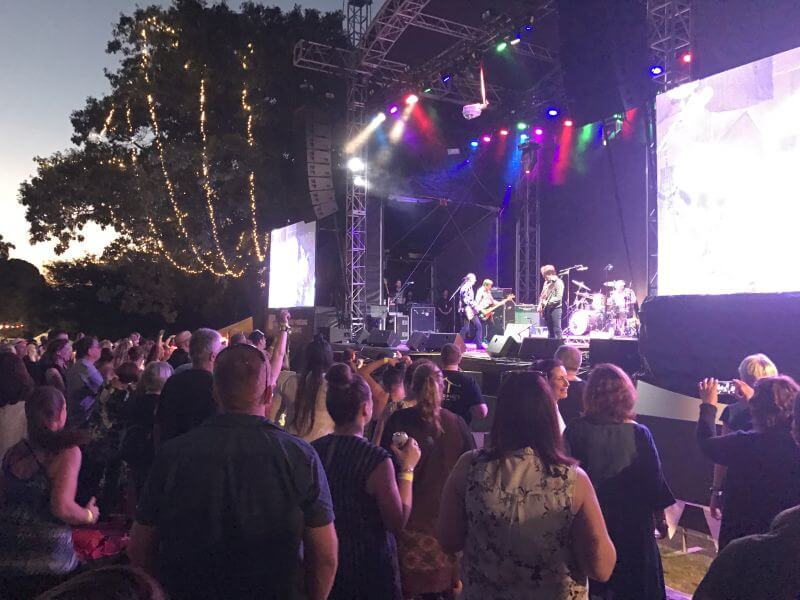 The crowds weren’t too bad getting out the gates and back to the car – everyone was very orderly. We put the kids into their PJ’s so they could fall asleep on the way home – a little trick if you have never left an event late before – makes it so easy to pick up the kids and put them straight into bed once you get home. It’s only about a 15 minute drive for us to get home from the zoo but the traffic was horrendous. So factor this into your drive home time.

There is a slight discount for zoo members on the tickets. I did purchase my parents tickets on the same booking as mine so they had a ‘members’ price. They arrived later than us and I was unsure whether they would be allowed in the gate as they are not actually members. The staff member on the gate did question it but they got through! Each show is a different price so check the website for details.

Top Tips for the Zoo Twilights Concert with kids

Our kids do enjoy music events – as long as they have food they are fine! The Zoo Twilights is a great one for the kids as they get to have a run around the zoo and see the animals first.

Have you been to the Zoo Twilights before for kids? Did you enjoy it? Please let me know below if you have any comments.